You Deserve A Voice. Voting With Your Dollars is Not Enough 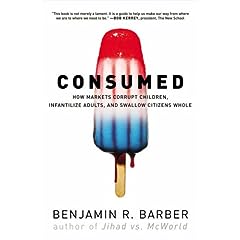 Here’s a book that has been blowing my mind lately, and with EVERYTHING ELSE GOING ON I just haven’t blogged about it yet.

I’ve written before about what to buy to make sure slaves didn’t make your clothing, or make your food, here. https://wildwomanfundraising.com/fabulous-interactive-graph-decide-buy/

And I’ve also written about if you’re a good nonprofiteer or a good consumer. https://wildwomanfundraising.com/nonprofiteer-good-consumer/

Sure, I’m a member of a credit union and a coop. I moved my money. I buy local. I shop for American-made clothes on Etsy and in used clothing stores. I use string bags instead of plastic when I remember to bring them.

But so fucking what?

For this, my foremothers fought for equality, for the right to vote? So I could get a fair trade organic box of green tea?

We really have to ask ourselves, so what if our phone company donates to nonprofits if our votes don’t count for anything?

So what if we shop from the rancher at the farmer’s market if we can be detained indefinitely for no reason?

Let’s face it, voting with your dollars can only take us so far.

The following quotes are from Consumed, by Benjamin Barber.

Consumerism is equally dependent on and perhaps addicted to an identity politics that is wrapped up in merchandising, marketing, and above all, branding.

“Branded lifestyles are not merely superficial veneers but have become substitute identities, forms of acquired character that have the potential to go all the way to the core.”

This reminds me of so many stories, so I’ll try to just pick a couple.

My friend R. went to Brazil recently to visit a college friend. She was looking forward to this trip for over two years. And she was finally well enough to take the trip. When she got there, her friend had turned into someone completely obsessed with brands. R’s friend, M, lived in a gated community and everyone had barbed wire on top of their buildings. Favelas were everywhere and R. got in trouble with M. for showing the maid where her favela was with Google Earth. You know, treating the maid like a human being. One night they got held up at gunpoint while the gunman took their fancy bags, phones, credit cards, jewelry. R. asked M, “Aren’t you going to report this?” and M. said, “What would the police do?”

M. just wanted to go shopping all the time, and wanted R. to buy things for her, because supposedly they were a part of the same socio-economic strata. M.s friends wanted to have endless conversations about the top brands, things they had bought, things they wanted to buy, and their new haircolor. R. said it was so boring that she actually played video games just so she wouldn’t have to talk with them. Her social conscience really made it impossible for her to enjoy the trip. But it kind of galvanized her even more to be completely indifferent to brands and to the people who used them in place of their personalities.

“Because commercial identities tend to be simplistic and hetronomous (determined from the outside) as well as associated with celebrity and whim (I wanna be a rock star!) they enforce the infantilist ethos, undermining agency, community, and democracy.” -Pg 167, Consumed, by Benjamin Barber

“There are no global citizens, only global consumers, no global states, only global capitalist firms; no commonweal, only an aggregate of what individuals and nations and consumer markets want, no global cultural or national identities, only the new hollowed out identity conferred by brands. Brand loyalty instead of personality

There’s a young man I know, 25 years old, who literally is defined solely by his relationship to his favorite brand of car. This, truly, is all he wants to talk about. It’s what defines his personality. And if you’ve ever looked at a website with regrettable tattoos, you’ve surely seen people getting the apple or windows logo, or another brand logo, like Monster Energy Drink, tattooed on various parts of their anatomy.

So honestly, cause marketing, can you honestly say the best way to find a cure for breast cancer is to buy some Campbell’s soup or get a Breast Cancer Visa? Can you stand there with a straight face and say “This TRULY makes a difference?” Or are we going to get too sophisticated for that game this year?

“Cults are a rich and legitimate source of insight for the creation of brand worship. Alongside alternative religions, brands are now serious contenders for belief and communities.”

Naomi Klein writes about brand vision epiphanies: Polaroid, for example, is not a camera but “A Social Lubricant.” Ugh.

Do you work for a park, an elementary school, a high school, or a university?

Parks and schools find it difficult to withstand commercialization as cities and states lose their tax revenues (from giving massive tax cuts to corporations to come to their locales -Mazarine). Corporate research funding for academic science privatizes what is supposed to be public research and allows research results and patents to be sold for private profit.

Apparently these big corporations believe in socialism when it comes to bailouts, but market capitalism when it comes to profits. The beneficiaries of public services (such as Goldman Sachs, Bank of America, Chase, Wells Fargo, and various student loan companies) refuse to pay their cost in taxes.

Can you believe that? Don’t criticize your corporate overlords from your academic armchair, lest you have that armchair whisked out from under you, and end up on the street. No wonder people I know who teach at universities have gone to teach in Canada. At least there they can voice their opinions.

But what can be done? Well, as you would expect, a nonprofit is already working on it. Several nonprofits, actually. There’s an initiative in the EU called “Beyond GDP” which uses GPI, instead of the GDP. The GPI or Genuine Progress Indicator factors environmental abuse and national debt into the equation. And surprise surprise, Americans spend beyond our ecological means. Click here to check out your ecological footprint. StopCorporateAbuse.org is another nonprofit fighting against corporate greed. And Demos, the institute that Barber works for, believes the answer is global democracy. I’m not sure if that’s it though. What do YOU think?

Consumers even when childish have a place in a free society and express one part of what it means to live freely. But they do not and cannot define civil liberty. When they are defined as doing so, free society is put at risk.

Privatization does not just reinforce infantilization, in the realm of politics, it is its realization.

So how do we fight against infantilization? How do we get our global governments to do their jobs again to protect and serve citizens? How do we make America, and to an extent, the world, great again? Do you have any ideas?