Moving up in your nonprofit: How does it work? Are you a lone Development staff person at your nonprofit?

Do you assume that you’ll be handed the title of Development Director one day? Why? What impetus do they have to give you a raise and a better job title if you’re doing that job anyway now for little pay and lesser title?

Do you ever have the sneaking suspicion that no matter how hard you work, you won’t advance?

If you think you’re going to have to jump ship to get a better title, you’d probably be right. But even at your new organization, how many people will listen to you? Who will be in charge? Do you have ambitions of becoming an Executive Director or CEO one day?

Bidisha, a columnist for The Guardian, is one of my favorite writers. In this column, she comments on how Ceri Thomas, the male host of the Today program, (a political radio show in the UK) says that women are not up to presenting on his program. Her cultural critique shows exactly how women are sent to the margins of a playing field.

Favorite Bidisha quotes from her article:
“Open sexism always makes me giggle. What astonishes me is that women feel outraged when boys’ club mascots say these things. We should thank them for making their dislike so explicit. Men have been slandering women for centuries as a means of justifying their oppression against us. The assertion that any environment is too tough for women, who are weak, is a long-standing lie. Women should not waste time explaining patiently how we can, after all, present (a political radio show).”

My goodness. Look at the latenight lineup in America. There’s only one woman (Chelsea Handler) who has her own talk show. Could it be that we have similar gender biases in North America?

Not only in media, but in business do we also see these discrepancies. Only 15% of board members, 9% of CFOs and 3% of CEOs in the 500 largest public companies are female, according to Catalyst’s study on Women in U.S. Management.

How about the pay gap? Harvard Business Review just reported on it.

We have seen plenty of nonprofit and for-profit leaders who claim “women just don’t self-aggrandize enough“, or “just don’t rise to the top” and “they aren’t willing to make the sacrifices necessary to become “executive director” or “CEO” or “Vice President.” What can we do to rise in the workplace?

This is not the case. Women do not rise in these organizations because of deep misogyny, ingrained in the people they work with, and the very system around them. It’s not about “balancing work and a family.” It’s about having a system in place to recognize deep seated oppression and help women advance against it. We must train ourselves to understand oppression, to recognize it when we see it or hear about it, and to interrupt it, draw attention to it, and create laws around it to help women succeed, as they have done in Norway. Learning about rank in the workplace is a good place to start.

Bidisha goes on: “Misogyny doesn’t just come in the form of a violent attacker. It can be found talking and smiling in a seemingly civilized way, wearing a suit, at the top of powerful institutions everywhere. This is how patriarchy was created and maintained; patriarchy is the fancy name for the boys’ club. The club is long-standing because its members share the desire to exclude women and will happily voice any vicious lie to do so. Ceri Thomas is making it clear to any woman interested in working on Today that her colleagues will greet her with an assumption of her inferiority. They will close ranks against her, as they have always done.”

Have you ever been silenced in a meeting, had people talk over you or as if you weren’t there?

Do people at your organization assume incompetence rather than competence?

If you show competence, are you suddenly expected to do their work for them, as well?

Have you noticed how people will talk over or around you because of your color or your gender?

I started to notice this when I was younger, living at home, and then again when I entered the workplace. It was staggering how much more vocal space men got over women, how much more work women did, how much more men were listened to and supported by women. And this is no different in the nonprofit world, even in organizations that purport to be about gender or racial equality. We all need to step back and examine our assumptions about who we listen to, and why we listen to them.

Women are passed over for promotion, time and time again, while an outside man is brought in to lead the organization, despite not having been in the nonprofit field before, or knowing anything about managing a nonprofit, with its host of programs, staffing issues, and funding troubles. 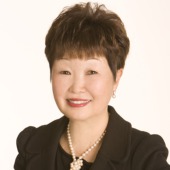 Barbara Adachi writes at Forbes magazine how the corporate ladder becomes the corporate lattice at her corporation. It’s nice to see someone addressing this in America as well, but what can we do at nonprofits?

Start doing something for yourself and the women around you.